“It’s not what you get in life, it’s what you give back that truly defines you.”

Set in Iran during the 1960s and 1970s, and later in Los Angeles, California, Zhila Shirazi tells her story firsthand. She reveals the real-life struggle of being a deaf woman who refuses to allow adversity to stop her from reaching her dreams of living a normal and fulfilling life.

In 1985, disgusted with the treatment of Jews by the new Islamic government, Zhila immigrates to the United States in pursuit of better circumstances and a chance to receive a cochlear implant to improve her hearing. However, it isn’t until she is forty-nine, when she meets her soulmate, Mickey Daniels, that she begins to feel her life truly complete.

A decade later, after they have fallen deeply in love, Zhila learns that she is suffering from an aggressive form of cancer. In the months that follow, Mickey becomes Zhila’s primary caretaker, and the two grow ever closer as they fight the disease together.

Right up to the end, Zhila shows her caring nature, innate intelligence, and will power to overcome almost any challenge. Her courage and the beauty of her memory is certain to inspire all who venture to follow her on their quest for a truly meaningful life. 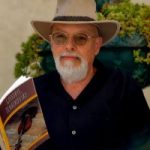 Michael Thal is a freelance writer and author in Los Angeles, California. Michael began his career in public education. Due to a severe hearing loss, he left his tenured sixth grade teaching assignment to learn the writing craft.

Michael has written over 80 articles for magazines like Highlights for Children, Fun for Kidz, Writer’s Digest, and San Diego Family Magazine.

You can learn more Michael and his works at michaelthal.com.

7 reviews for The Lip Reader