A young girl from Appalachia prevails over poverty and religious bigotry to survive childhood abduction, a predatory theologian, family secrets, and the drug culture of the 1960s.

Prompted by a chance meeting of a childhood acquaintance, a grown Skyla Jenkins relives joyful adventures, along with traumatic abduction and domestic violence. Settings include 1950s Eastern Kentucky, 1960s New Jersey, and, during the heyday of Flower Power, Berkeley, California.

Dodging Prayers and Bullets explores three decades of sex, drugs and rock ‘n’ roll from the perspective of an evolving free-spirited woman, and celebrates the ability of a child to thrive and survive, despite those who would do her harm and the failed intentions of those who would protect her. 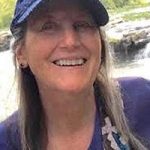 Karen Beatty thinks of life as a river, coming and going, surging and flowing. Reared in Appalachia near the Licking River and transported to New Jersey on the banks of the Raritan River, she savored the mighty Mekong River in the late 1960s while serving as a Peace Corps Thailand Volunteer. She finally settled in Greenwich Village, between the Hudson River and the East River on the Isle of Manhattan, where she teaches at the City University of New York.

Karen was awarded first prize for an essay in the New England Writer’s Network. Her short stories and essays have appeared in Eureka Literary Magazine, Snowy Egret, Books Ireland, and, most recently, Grand Dame Literary Magazine and Mud Room Review.