Use code ONEFIVE at checkout and save 15% and get free mail shipping or 50% off ground shipping when you buy printed editions of Paper Angel Press books on Lulu.com through Thursday, February 27th.

Get to know Nancy Wood, author of "Due Date" and "The Stork" - https://paperangelpress.com/nancy-wood

"Family Bonds" by L. A. Jacob, author of "Grimaulkin Tales" and "Homecoming" - https://paperangelpress.com/family-bonds 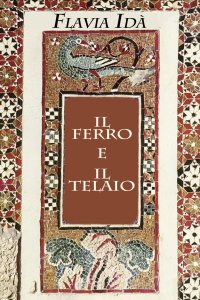 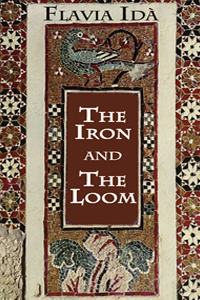 The year is 1136, the place Tropèa, a walled sea town in Southern Italy during the Norman domination.

Kallyna d’Àrgira, a master of the arts of the loom who can turn the world into silk thread, is pledged in marriage by her father to Raimo Trani, a man she hates. After a sudden tragedy leaves her at Raimo’s mercy, into her life comes Dàlibor d’Hancourt, the Norman knight sent by King Roger of Hauteville to be the new governor of Tropèa, a man who, like her, is burdened by a life he did not choose.

Their opposite stations — Kallyna the daughter of a fisherman, Dàlibor the son of a foreign lord — pit them at first against each other. When Kallyna’s talent attracts the unwelcome attention of the heir to Roger’s throne, who can destroy them both, the common threat will draw them together, with a bond that defies all distinctions, into the time of iron that saw the founding of the greatest kingdom in Italy.

Also available in an Italian edition.

“A gripping plot, unforgettable characters and authentic details. From a native Italian comes an epic, stirring tale that will entrance readers.”

“Easily one of the best novels written in America by women who have spent a great deal of their lives in Italy.”

Daniel J. Langton, author of Querencia
and During Our Walks

Get to know Nancy Wood, author of "Due Date" and "The Stork" - https://paperangelpress.com/nancy-wood

"Family Bonds" by L. A. Jacob, author of "Grimaulkin Tales" and "Homecoming" - https://paperangelpress.com/family-bonds

Unless otherwise noted, the contents of this website are copyright © 2020 Paper Angel Press. All rights reserved.
For information or problems regarding this website, please contact the Web Guru.
Last updated: 25 February 2020