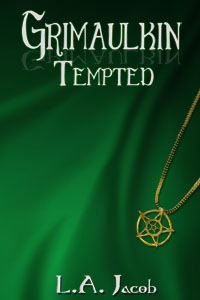 Mike LeBonte is house-sitting while his sister and her new husband go on their honeymoon. What could happen in two weeks?

First, his cousin Becky calls him saying she’s being followed. It could be the Mafia. Or it could be the church she’s trying to separate from.

Then his boyfriend tells Mike his ex is coming to visit. Then Mike meets his parole officer — a Knight of the Rosicrucians, the very people who put him in prison.

With all this stress, it’s no wonder that Mike resorts to magic to cope. But like any drug, it could very well alter his own perception of reality.