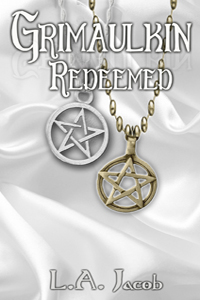 It’s Scott’s birthday, and Mike LeBonte has big plans for his boyfriend.

First, he has to deal with losing his magic. However, he’s well-known to the police as a consultant, and someone has summoned a demon in the North Burial Ground in Providence. Not just any demon, but Lucifer himself.

As Mike fights to try and regain his magic to help the police, a man from his past comes into town and tries to make inroads on his boyfriend.